This article is sponsored by Under Armour, which is hiring on WayUp now.

If anyone knows how to will what they want, it’s the hard-working people at Under Armour. What’s the latest project their willing into existence? It’s a little bigger than a new piece of athletic gear: It’s a state-of-the-art new headquarters that could totally revitalize the city of Baltimore in the years and decades after its construction.

Unsurprisingly, though, it comes with so many more amazing features in addition to the potential to revamp an American city; it’s the coolest, not to mention the most athletic, office we’ve ever seen.

What are the coolest parts of the new 10,000-employee Baltimore headquarters that Under Armour is building? Check out some of our favorites, and then apply to work at Under Armour so you can get in on the action. The new Under Armour HQ will be right on the shores of the Patapsco River in Baltimore and will span over 50 acres, have a boardwalk crisscrossing the area, and even include three skyscrapers within its campus.

Our question is, is there any way we can get a dock out there? Maybe a company pontoon boat? Any takers?

You didn’t think one of the most recognized sports brands in the world would forget to put a sports stadium in its headquarters, did you? Under Armour’s bringing athletes and sports fans together in a 5,000-person stadium that’ll become the place to hold regional events.

The stadium also won’t be the only fitness feature on this behemoth of a campus; the space also comes with a fieldhouse and numerous workout areas. It’s time to rise and grind, people! Given how much Under Armour is investing in this project, you didn’t think they’d stop at office spaces, did you? In addition to the amazing workspace, the sports giant is also creating 14,000 residential units, restaurants, shops, and other attractions on the property, so you can eat, sleep, and breathe Under Armour all day long.

Oh, and if residents are required to wear Under Armour apparel at all times, we’re so down.

It’s going to take a little time to get Under Armour’s new HQ up and running (the first phase is set to be complete by 2021), but that doesn’t mean you have to wait to start working there: Under Armour is hiring interns on WayUp right now, so take advantage of the opportunity! 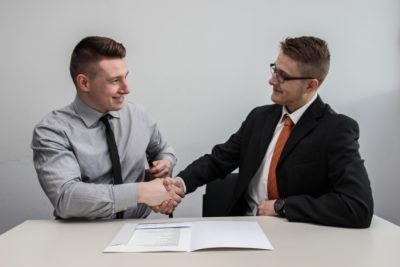 How to Enter and Win The National Intern Day Competition

From Opera Singer to Analyst: Find Your Dream Job with Springboard

What Makes Lockton Such an Uncommon Insurance Broker?