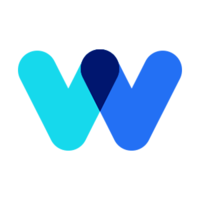 Growing up in the shadow of the Boeing JetPlex in Huntsville, Alabama, Travion Crutcher often found himself with his eyes on the sky, contemplating ideas about air travel, or fixed upon the latest toy that he was deconstructing and putting back together.

Travion always knew that he loved to build things, but it wasn’t until his mother sent him to space camp that he realized his passion could be turned into a pursuit. A pursuit that would involve him finding the answers to the questions he often asked himself regarding the way things worked in the world.

This passion-turned-pursuit would eventually manifest itself into a role at Boeing, the same company he grew up a few miles away from, working on everything from fighter jets to missile defense systems at one of the most cutting-edge aerospace companies in the world.

As WayUp’s Top Intern of 2022, Travion Crutcher exemplified everything companies look for in an ideal candidate. He applies his passions, he is brave in his decision-making, he tempers wisdom with curiosity, and he exudes confidence with everything he does.

Recently, we got the chance to speak with Travion regarding his rocket-sized dreams and how they came to fruition during his tenure with Boeing. In our conversation, Travion reveals what it takes to be recognized by your employers and peers on a national level and sheds some insight on the exciting work he took part in the past two summers.

Setting His Sights for the Stars

In addition to the support of his mother, the factors that Travion felt amplified his potential the most are his early involvement in leadership and education-based programs, his organization and execution skills, and his unquenchable curiosity for the unknown.

Travion’s responses to my questions would increasingly shed light on the confidence he had. When I asked him if he had always been this way, he answered in the affirmative and went on to highlight the leadership positions he held from a young age.

Holding down a leadership role in his community as well as immersing himself in the world of engineering, Travion maintained a busy schedule even from a young age. I inquired about how he kept himself on track and he pointed toward his organizational skills.

Although he may not be the first person to use this method, Travion would employ the “aim and shoot” method in which every day started with a list of goals on a whiteboard that would get checked off as tasks get done.

In addition to his commitment to developing everything he learned during his immersions as a young man, Travion’s undying curiosity can also be attributed to propelling him towards success at Boeing and WayUp’s National Intern Competition.

“I was always curious how planes fly or how these big rockets get all the way to space. That’s what pushed me to pursue aerospace and aerospace-related subjects. Growing up my mom got me involved in a lot of stem-related things. I even got involved in a week-long NASA experiment camp where I met people all across the world.”

Eventually, when the chance came, Travion knew he had to take his passion and everything he learned to the next level. So he set his sights on the company he grew up knowing so well for their accolades in engineering – Boeing.

Do I Need Clearance For That?

As an intern in both 2021 and 2022, Travion Crutcher’s work with Boeing spanned from fighter jets to missile technology. Although he wasn’t able to tell me much about the work he took part in this past summer, as it relates to top secret advancements in military technology, that only made what he did or didn’t do seem that much cooler.

What Travion could share with me, however, is how working across different sectors provided him with an advanced understanding of engineering concepts and a deeper appreciation of the things he was developing.

At times, it was hard to believe that I was talking to an intern as the experiences that Travion described to me were in no way minimal. But that is the beauty of companies like Boeing – they empower employees at every level to succeed and achieve greatness in whatever realm makes them most passionate. It was clear that Travion felt this way as he would remark on his appreciation of the company that got him to where he is very often.

Earning a well-deserved vacation, Travion will be spending part of his prize money on an ATV excursion out in Houston where he will be celebrating his anniversary with his girlfriend. If you take anything from Travion Crutcher’s story, know that passion will always fuel your efforts. So if you love something enough, pursue it, and maybe you too can ride off into the Texas sunset with a bag in your hand.

Stay tuned for 2023 as our competition unfolds again and a new queen or king is crowned! How to Enter and Win The National Intern Day Competition

Jobs From WayUp
see all jobs

From Opera Singer to Analyst: Find Your Dream Job with Springboard

What Makes Lockton Such an Uncommon Insurance Broker?